Note: Dear Students, Matric Result 2022 will be announced soon. Keep visiting us for bise board latest news and updates. Thank you.

Students of the Matric class wait impatiently for their Matric Result 2022. After getting free from the exams phase their eyes wait for the result date desperately. Because: they have been working day and night to get good results. The admission of the students of intermediate depends upon the result of matric. If students achieve good marks, they can get admission to their desired colleges. Also, they can get scholarships based on their academic performance. Getting admission in the desired degree program is also another plus point of good grades of matric result.

Every year the result of the matric is declared during August. The procedure of matric exams starts such as session of matric begins in April. Most of the students are already registered for matric exams in the 1st part of Matric. Regular students need to apply for admission through their respective BISE in November. Private students apply for admission and registration at the same time in the month of November. Students give more attention and schools start their best preparation for exams after applying for admission. The date sheet is declared between the last weeks of January to 1st week of February. Theoretical Exams are conducted during March and April. After that, practical exams are held till late June.

This Schedule is followed by all the boards of Punjab including Bahawalpur Board, DG Khan Board, Faisalabad Board, Gujranwala Board, Lahore Board, Multan Board, Rawalpindi Board, Sahiwal Board, and Sargodha Board. Although, every Board has a different exam pattern and they are totally independent. The results declaration pattern of each board is also according to their convenience. Results of matric may be announced through the official web portal or via SMS. Mostly the results are retrieved by using the roll no or Registration no of the student on the online results portal of the corresponding BISE.

"Education is what remains after one has forgotten what one has learned in school."

After the hard work of the whole year, students want to get a good result. It is the 1st professional degree in which a student chooses a subject under considering his future goals. In this regard, matric result is most important. The student gets anxious about his future as his future is based upon the matric result.

BISE Board Result of Matric 2022

Other boards, than Punjab province, follow the different schedule for their matric exams according to their prescribed rules and so for the results declaration date. Sindh province has Karachi Board, Hyderabad Board, Larkana Board, Mirpur Khas Board, and Sukkur Board. KPK has Abbottabad Board, Bannu Board, Peshawar Board, and Swat Board. Baluchistan is the largest continent of Pakistan. But due to less population and lower education Board, it has only one matric Board that is Quetta Board. Islamabad has Islamabad Board and Gilgit Baltistan Board. All the boards of different provinces work individually.

Students can get their results information from our website. Stay tuned to the website to get the latest update about matric results, exams, and other information. Here you would be provided all that you need. Almost all the students run on different mediums to get their matric results as soon as possible, once it is announced by the official BISE. So students! Do not need to worry about instant access to check the results. You will be updated about your result immediately after when it will be announced. BEST OF LUCK to all students for their result and bright future. 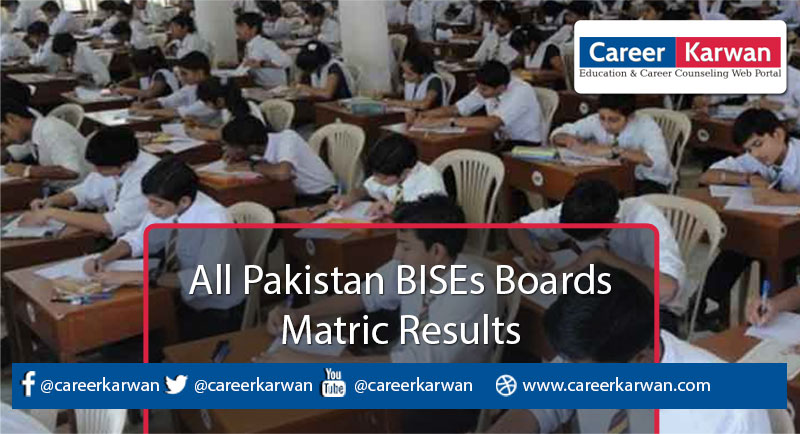