Change is the end result of all true learning. – Leo Buscaglia

The terms of matriculation and intermediate exams is being extracted since the times of British rule in the subcontinent. Although, England itself has replaced it with Ordinary Level Examinations (O Levels) and Advanced Level Examinations (A Levels). The same terms are however used in Cambridge Examination in Pakistan. As far as the Federal Board SSC class result 2020 is concerned, there are high speculations that it might be made public in the month of August or September. Currently, there are no other results to be prepared which means that BISE Federal Board has only one result to deliver. The result is usually declared on the official website of the board. All the other notifications are also highlighted on website but owing to the current situation in the country, all the other educational boards are reluctant to announce anything related to the result. Sources say that BISE Federal Board is planning to announce the result in mutual consensus of all the other boards.

BISE Federal Board was one of those establishments that were made during the educational transformation in the country back in early 1970s. The process started during the middle of that decade as more private institutes came into being along with more educational boards for the facilitation of students. By that time, the population has vastly increased since the time of independence and in order to manage the educational setup more efficiently, educational boards came into being. BISE Federal Board came into being for the purpose of providing a more competitive educational avenue for the intelligent students. Hence, the applicability and functions of the board included the entire province of Punjab, KP (NWFP at that time) and FATA (now merged into KP). The board was formulated under an act of 1975 titled as Federal Board of Intermediate and Secondary Education.

Federal Board has numerous functions but the functions are divided professionally into main responsible owners, such as, Chairman, Secretary, Controller of Examinations and Audit Officer. The concept of separation of powers has been implemented in the board. BISE Federal Board has various branches including stores, press, estate, admin, finance, registration, welfare, research, physical education, record and litigation, examination, certificate, computer cell, secrecy, conduct and confidential. The original building of BISE Federal was built in 1980s and was renovated in 2015. The current budget of BISE Sargodha is in Millions and it doesn’t take any grant or fund from the government. BISE Federal Board is also working rigorously on developing the IT infrastructure within the board.

As far as the FBISE SSC Result 2020 is concerned, board has been planning actively on announcing the schedule and then releasing results as per the announced schedule. The announcement can be made anytime soon, however, the results might be declared in the month of either August or September. Students and institutes are worried about the results because they want to score well in the exams. Thus, students need to keep themselves aligned with their study plans and board’s plan of announcements. Federal Board may be quite different in its way of operating and conducting exam but the date sheets and result dates are kept same so that standardization can also be focused, hence, the announcement will be made collectively. All the educational boards of Punjab and Federal Board will be declaring result on one date. The official website of the board may not work on the results day due to heavy internet traffic, hence, the students can visit our website for updated information on results. 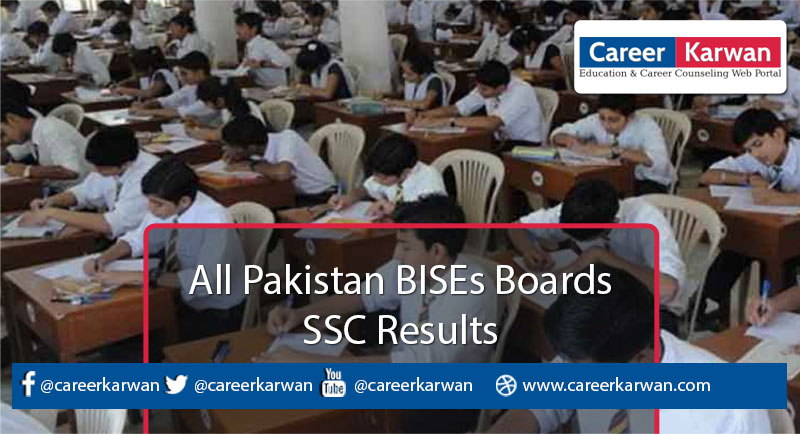