Passed intermediate? Prepare Yourself for the Bachelors, all FREE!!!

The 12th class result 2020 will announce in September, 2020. All BISEs of Punjab board has the same criteria for the declaration of results and the organizing schedule for the 12th class examinations. The result has not only depended on Punjab but it depends on other provinces of Pakistan like Sindh, Baluchistan, and KPK. Still, Punjab commands over nine boards under the strict policies and all these boards are BISE Sahiwal, BISE Bahawalpur, BISE Multan, BISE D.G. Khan, BISE Sargodha, BISE Faisalabad, BISE Lahore, BISE Gujranwala, and BISE Rawalpindi.

The exact date of 12th class result has not confirmed yet. Every province has its own schedule for the declaration of the results. Sindh, KPK, AJK and Baluchistan have the same date for the announcement of the results. These all boards declare the results in August while Punjab board declares the result in the first week of September. Still, the boards have not declared any confirm date for the results. The Punjab board commands over nine boards and performs as an integral role for the continuous educational system of Pakistan. Every aspirant must keep in touch with the official websites of all the board. They can also visit www.careerkarwan.com for the latest updates of the results.

Rawalpindi Board also drives the same strategy for the announcement of the result. It has been establishing since 1977. This board organizes a ceremony for the toppers and awards them with prizes and medals. It plays a vigorous role for the best educational set-up and provides the roadmap for the hard working individuals. The management of BISE Rawalpindi is very efficient and responsible for the 12 class result.

Lahore Board 12th class result will be announced in the first week of August. It has been establishing since 1954. Lahore Board organizes the best frame for the future of Pakistan and is raising the standard of education. The administration of Lahore board is very responsible while it payout the best responsibilities for the academic career of the students.

D.G. Khan Board was established in 1989 while it is constituted under the West board of intermediate and secondary education. DG Khan Board generates its own revenues and maintains the best environment for the educational system of Pakistan. Therefore, the result will hopefully announce in the first week of September.

Multan Board conducts the same declaration scheduled for a class 12th result. Moreover, it conducts the exams in the first week of May. It was established in 1968. BISE Multan is arranging the result and after the announcement, it will be uploaded on its website. After taking the exams, the board sends the papers to well-qualified teachers. BISE Multan organizes a responsible set-up for the result.

Bahawalpur Board was established in 1978. No doubt, Bahawalpur board starts functioning efficiently for the result. In fact, this board separated from the Multan board and retained its working in a diligent way too. It is also an independent board like other boards of Punjab. Therefore, it pays its expenses from the fees of students. Millions of students get their registration from this board and they all are waiting for results.

Sahiwal Board organizes its secured policies in a very lenient way. The results are always the time of hope for everyone. It was developed under the supervision of Punjab board. It has been establishing in 2012. Sahiwal board is the newest among all the boards and performs its best performance at the start of its establishment. Sahiwal Board will hopefully announce the results in the first week of August.

BISE Sargodha was established independently after the separation from Multan board. This board was constituted under the West Pakistan board of intermediate and secondary education. It had been establishing in 1968. It conducts the result as well as matriculation result. Of course, BISE Sargodha awards prizes and medals for the toppers.

Faisalabad Board was an independent board and has been establishing in 1998. The educational system of Pakistan is totally based on the result because it is the basic step for entering into the gates of success.

Gujranwala Board is performing its best functioning for raising the standard of the educational system of Pakistan. Similarly, this board carries out the responsibility in a very sensitive way. It was established in 1976.

The students are informed that the site will publish each and every news regarding the result of intermediate part 2 and it will also upload the result of intermediate part 2 2020 as declared by each and every educational board functioning in the country shortly after the declaration of result made by the respective boards on their scheduled time. 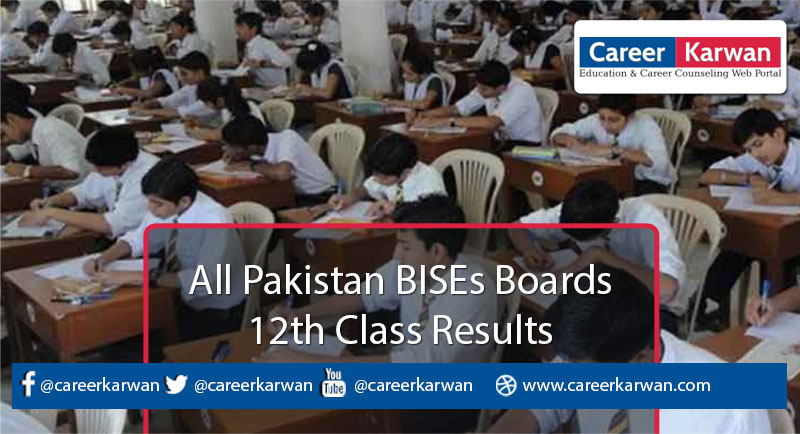