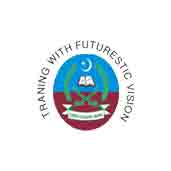 Cadet College Okara, with all its potency, is committed to influence the lives and destiny of the young cadets with a vision to shoulder the national responsibilities in various spheres of life, with unsurpassed honesty, diligence and veracity. The goals like academic excellence, self discipline, moral up-gradation, and physical development are the ones the institute is braced with as integral parts of its set mission. To mould its Cadets into proficient leaders, patriotic nationals and tolerant citizens is the acme of the toil the institute is rendering.