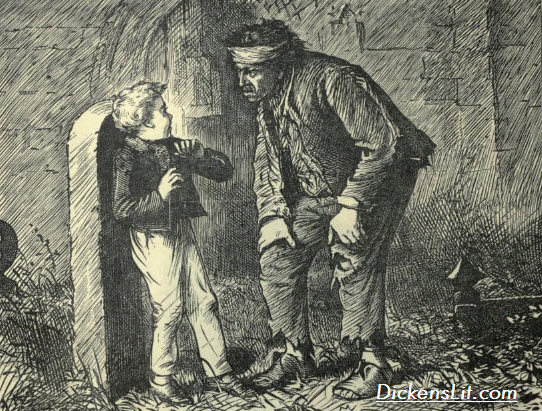 Great Expectations is one of the most famous novels of the 19th century, by Charles Dickens. The subject of Dickens fictional manuscript was a spark of change in the Victorian era, while Charles Dickens addressing well with the marvelous source of humor and irony. It was published in 1861.

You may Check: AN AMERICAN BRAT

The book identified the emergence of narcissistic values of the rich class and the expectations of the poor class. Great expectations paid a fascinating view of class differences with the sense of pathos. This novel contains a fictional story, while by the reading of this story; everyone thinks that it will be non-fictional. 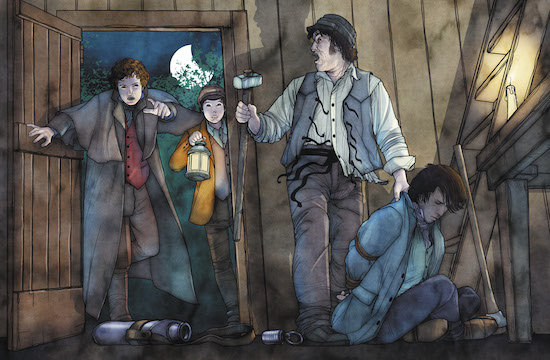 The novel starts with the introduction of the major character and the protagonist name Pip. He is a young but an orphan boy, living with his elder sister and brother-in-law. His brother-in-law is a blacksmith and Pip's future is also seeming over the bottom of the forge. The door of pearls is nearer to him because nature wants to give a chance for being a gentleman. When the adventure nears to start, his uncle receives him, sending to Miss Havisham place where he can learn the aristocratic manners for the further experiences. Miss Havisham; the lady of the upper class and an introductory guardian of Pip.

Miss Havisham trained the one an only orphan girl named Estella, injecting hatred against men under the guidance of her bad experience. Estella did go-ahead from the infant stage to before marriage, relying on the queer objections on man and his nature.

Pip, first looked over to Estella in Miss Havisham's house, falling in Estella's love without knowing what was an inclement and cruel heart. After that, Mr. Jaggers who was the lawyer arrived to tell him about a mysterious benefactor who had offered to pay all Pip expanses for being change into the attitude of a gentleman. Pip went to London and had learned all the societal manners, where he dreamed to live in. His beloved Estella had got married but Alas! her marriage was not long lasting because of her husband’s sudden death. After many years, he again met with Estella in a graveyard, when he had returned to England.

Pip was the image of low class, while he admired himself as a gentleman. The journey started with a lower standard and boasted to become on the higher level where no one distinctions were ruled in his life. Pip explored Dickens', portraying himself in a shadow of Pip as well. Furthermore, Charles Dickens flourished his own experiences of true life and the societal values through the ink of a sharp sword-pen.

This book was written as in the first person. Charles Dickens utilized an easy language with quite good abilities in the entire paradigm of the novel.

The last part of the novel started, when Pip and his first beloved Estella meet again. Pip ignored all the cruelties of Estella which had attempted in the past. Pip became the purest spirit in the story and he thought that the original cruelty happened when she got married to someone else who was even not being alive in the world. Estella did not even know that she was cruel. Both had satisfied with the start of a new friendship day and with the new relationship goals. The novel ends with the romantic story of Pip’s marriage with Estella and he says:

" When, I took her hand in mine, and we went out of the ruined place; and, as the morning mists had risen long ago when I first left the forge, so, the evening mists were rising now, and in all the broad expanse of tranquil light they showed to me, I saw no shadow of another parting from her shadow. "

From the start of the book, I said to myself that it was quite boring because of huge disasters in blacksmith's life but with the passage of time, this novel limelight the romantic feelings over Estella. Meanwhile, Pip invested himself more to deconstruct the commonness from himself. The rejection would have happened through the common phase

The style of narration was truly admirable because I thought that audience will ignore the event of rejection through Estella and the climax will happen when Estella again meet with Pip in the form of his wife and make a couple of true romantic tale. The mysteries of love in Great Expectations are similar to the fictional story of Pir-e-Kamil by Umaira Ahmad. Imama could be compared with Estella but the situations were different from one another. I have read this book more than once and every new reading gives me a new zest.