#palestinianslivesmatter is a common hashtag we see on social media now a days. Israel is demolishing houses in Palestinian territory and killing innocent people on daily basis. Rockets by Israel army fire on Gaza and West Bank and kill 248 people including 66 children with more than 1,900 wounded. Simultaneously, we hear millions of people dying of Covid-19 world wide. Whenever a nation violates SOPs, the death toll increases and people suffer badly. Now hold on. In Palestine, thousands of people gathered at Al Aqsa Mosque but we didn't hear any news about severe conditions of Covid-19 during last tewnty to thirty days. Are these people immuned to this deadly virus or they have already controlled it? Its a big joke. Then whats reality? Why didn't we hear Covid-19 cases blasting in Palestine? Why is media silent about it? Befor answering these queries in detail lets have a look on the statement of an Advocacy and Campaign manager in Palestine.

"Palestinian health system doesn't have the resources to sustain it responsible long term to provide comprehensible and equitable system of vaccination needed to overcome from pandemic."

Palestinians not only faced physical violence in the form of mass killing and demolition of houses but there are many other kinds of violence that they have gone through including medical and health care system.

i. Violence Against Healthcare System

Between 2008 and 2014, Israelis bombarded 147 hospitals and health clinics, destroying 80 ambulances and killed or injured 145 medical workers. The hospitals that sustained these attacks also lack basic facilities of beds and oxygen masks. The system of healthcare in Palestine has gone through successive de-development rendering it totally on the mercy of donations. Consequently, every kind of major or minor disease will cause a havoc for these people living like a third world nation. Its not only about Corona, these people are suffering from every problem or disease which is either eliminated or controlled by rest of the world. Israel controls the imports of West Bank and Gaza. It never allows medical donations by others to reach Gaza or West Bank. Neither it gives facilities itself nor let others do. You will be surprised to see what a health worker said when asked about the vaccination procedure.

We in the Gaza strip have started the vaccine campaign against Covid-19. We have started with health workers and the campaign will continue as we receive 22,000 doses in Gaza.

Its humourous to talk about 22,000 doses in a city where there are over 2 million people living below the line of poverty and totally dependent on others to give them proper healthcare. Yet they are satisfied with 22,000 doses and managing with it because its better to have something than nothing.

Israel has been destroying all the buildings which were supposed to treat covid patients including some buildings specified for quarantine and Covid-19 testing. A 35-years old engineer Maswadeh offered land owned by his family in Hebron city for the construction of a testing center.

My family decided to donate our land at the northern entrance of Hebron for the purpose of constructing a Covid-19 test clinic."

This land was located in Area C which is though included in Palestinian territory yet controlled by Israel. They started building center without taking permission from government of Israel.

“If we applied for a permit, we would not have gotten it. We thought maybe during Covid-19, there would be some exceptions,” said Maswadeh.

However on 12 July they recieved a military order to stop the construction and later it was demolished by the Israeli army. Just like this one many buildings till today are razen from the land by Israeli army because they don't want Palestinians diagnosed of Covid and wish them to die silently without wasting artillery.

iii. Israel Says: Its Not My Responsibility

Gaza and West Bank are the artificial geographical units because they have no direct link to the outer world and depend upon Israel for imports and exports. Israel and Palestine are not two neighbouring countries as stated by some of Israelis, instead Palestine is the territory occupied illegally by Israel. And giving the reference of Oslo Accord can not absolve this reality. So now Israel is responsible to provide health facilities to the Palestinians. They even pay taxes to Israel government but get nothing in return except bullets and rockets. Israeli health minister shamelessly says on media:-

We have been helping out Palestinian neighbours for the very early stages of their crises including medical equipment, medicine, advice, supplies..... I don't think of Palestinians view that they imagine I would take a vaccine from Israel and give it to Palestine."

On the other hand Palestinian health minister believes that

As the occupying force, I believe that Israel has the commitment to procure the vaccine for the Palestinians.

And Palestinians have not asked Israel to provide them with vaccine because they know that its not aid, its Israel's obligation.

In first, second and then third wave of Covid-19 we kept on reading news about Palestine suffering from Covid-19. Some international T.V channels also held talk shows to cater the situation. But in recent days the buildings containing media offices were even pulled down to earth by the ferocious army of Israel.

The news we learn about Palestine is what Israel let us know.

This is a harsh reality and extreme violation of International Human Rights laws. Palestinians without getting tested even don't know the exact number of corona cases in their territory.

v. Lack Of Awareness In Public

Along with many other preventive measure having proper awareness of some disorder plays vital role in controlling it. As in Paksitan many women die every year with breast cancer without even being diagnosed the Palestinian people face the lack of awareness in case of Covid-19. The third wave of Covid-19 is different from the first two and the symptoms of infection have also evolved. They are just living in occupation where they see rockets, bullets and artillery and cannot see the silent eater, the Virus.

vi. Israelis' Business Pushed Them to Vaccinate the Palestinian Workers

After facing severe international criticism, Israel started vaccinating Palestinian workers. These workers which are approximately 1 lac in number cross the West Bank occupied by Israel. Obviously Israel cannot afford the people who serve them suffering from Covid-19 and coming on work in ill condition. So, its not a humanitarian act but just a selfish move. A worker after receiving a jab uploaded a video on you tube ( as I established earlier that Palestinians mostly depend on social media to make their voices reach to the rest of the world ):

"I have recieved my first jab of vaccine, but while receiving it I am missing my elder parents who are more vulnerable to virus."

vii. Where Is UN?

If you ask about UN initiatives then its necessary to clear thw stand of UN. Its basically an organisation which works in the hands of its members. And most of the members who are in power work on Israel's orders. Yet, UNO has done what it can.

In 202 UNO passed an Accord that their would be no demolition of houses during Covid-19 in Palestine.

Ans then we saw that 2021 became the year when we saw the demolition on its peak. So here lies the responsibility of the members of UNO and all the international community to pressurise Israel to follow the Accord. In 2012 a UNO report declared that 2020 would be the worst year for Palestinian citizens and its happening now.

Israel never misses an opportunity to expel Palestinians out of their land. The founder of Zionism once said:

"If I wish to substitute a new building for an old one, I must demolish before I construct."

For this pupose, Israel uses every tactic to occupy 100% land. It did same with Covid-19 and used the pandemic for its own benefit. They Vaccinated all the Israelis and left the Palestinians doomed. Then started provoking the public to gather at Al Aqsa Mosque to protect it. Only 248 people died from military atrocities which Israelis let us know, but many died of Covid-19 unknowingly and we don't have any idea about them. This is how Israel deals with its enemy.

Is there Any Solution ?

Every problem has a solution so as the problem of Israel's occupation and atrocities on Palestine. What we need to do is to unite together and pressurise Israel to talk about the issue. Not only Muslim countries but the world superpowers like USA and China are also responsible for the justice in the land of Palestine. Either follow two-nation theor or whatever Palestinians should be free because they are also humans and have right to live free. Covid-19 has raised a question mark on the international community and has created a kind of oneness among far fetched lands. This awareness could be use to bring justice to the issue of Palestine and Kashmir.

All this conversation made it clear that the hypothesis of being Palestinians not that much affected by Covid-19 is false. The virus does exists and affects humanity equally. In the case of Palestine its the awareness, medical equipments, medicine and proper healthcare that they lack not the Covid. People saying that this is the time to go on table and talk about Israel and Palestine cooperation are also in a dream. Israel instead of helping Palestine, is making it impossible to cope them with the virus on their own. It demolishes the test centers, stops the vaccines given by donors on the border and above all pressurises them to violate the measures to stop the spread of Virus. There are given words of first prime minister of Israel. 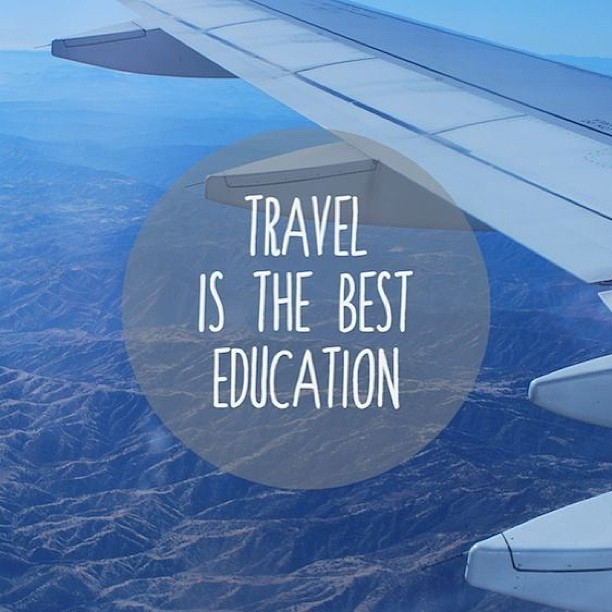